The Mobile Network Tester LTS is able to treat the SIM card as a separate object under test. Also for international roaming tests, especially those specified by the International Roaming Expert Group (IREG), it is important to be able to put the focus of testing on the SIM card and to virtually (seemingly) place it into a mobile device in a potentially remote location.

By using a SIM card array LTS can employ SIM cards as dedicated test resources that are virtually replaced in the mobile device for every individual test run. The same test case can then be repeated with a new SIM card for each execution or the same SIM card can be used in a different location for every test case – even if the test mobiles are spread over several regions or countries in a distributed LTS setup. A SIM array holds up to 416 SIM cards. The SIM card information is uploaded to the test mobile via an internet connection before the test starts. Industrial cellular modems are employed as test terminals, which feature an integrated interface replacing the physical SIM card. A hardware adapter for the SIM card slot is not necessary. Such terminals are available for every mobile network technology and frequency band. 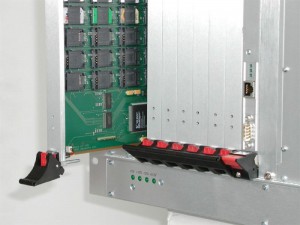 A SIM card array stores up to 13 SIM boards. From here, the SIMs are assigned to a mobile device in any remote location. 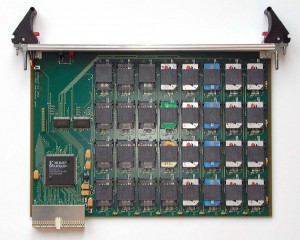 A single SIM card board holds up to 32 SIM cards. They are accessed via software by the remotely located mobile device. 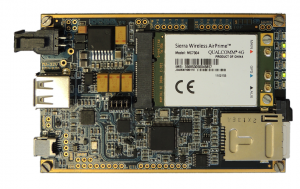 For international roaming tests, industrial cellular modems with a SIM adapter instead of an actual SIM are used as mobile devices. 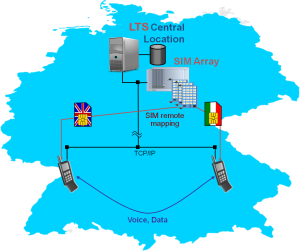 With an inbound roaming test a mobile network operator verifies, if subscribers from other countries and operators roam into his mobile network and can use all network features as they are used to within their home network, including e.g. the short code to reach their voice mailbox.

With LTS, the inbound roaming test process can be fully automated. The tester can equip a SIM card array with SIMs from network operators worldwide, assign them automatically to the test mobile and verify, that all SIM cards successfully register in his network and can subscribe to all network services without difficulty.

In an outbound roaming test it is verified, if the native network subscribers can roam into foreign networks and can exploit all network functions with a perceived performance & reliability that they are used to in their home network. Without any possibility for remote access to the test mobile and automatic SIM card exchange, those kind of tests are practically not executable. With LTS, test probes can be installed in the coverage area of a foreign network, while the SIM cards are kept local inside a SIM card array, from where they can be virtually placed into the remote probes via an IP connection. This allows shipping the probe hardware without a SIM and nevertheless test with varying SIM cards on a single test mobile. 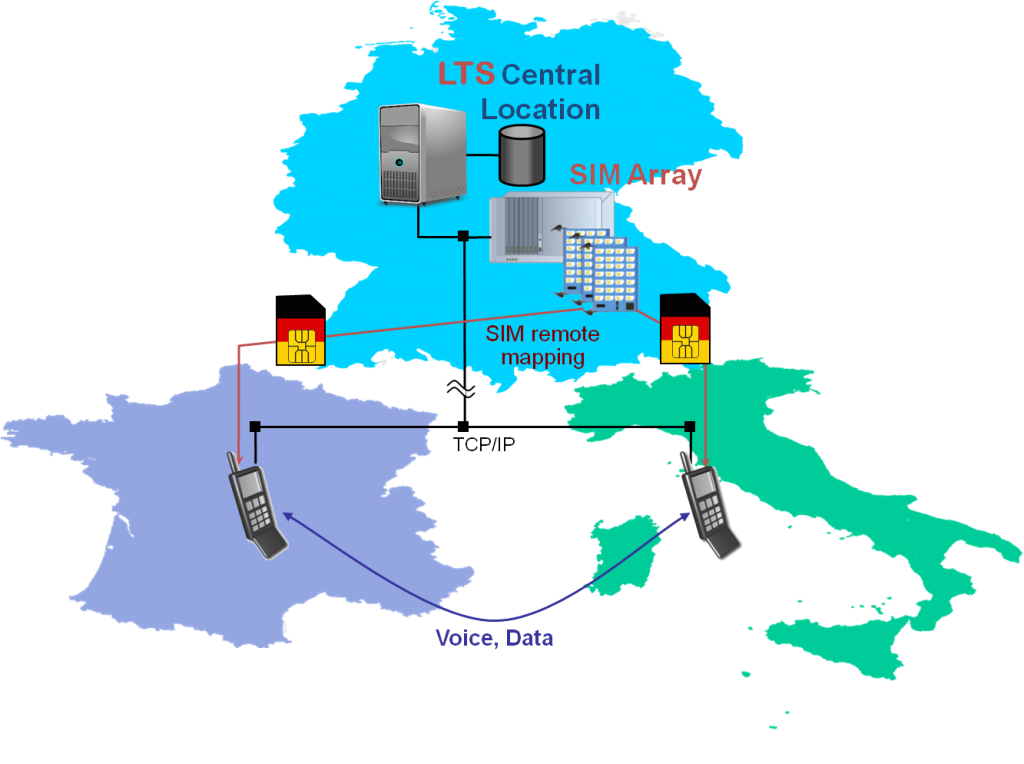 In outbound roaming tests, mobile devices are located in a VPLMN

The IREG test specifications have been released to verify inter-PLMN roaming between mobile networks. IR.24, IR.26 and IR.27 contain the tests for circuit switched services, supplementary services and fax/data services. IR.35 contain the tests for 2.5G and 3G packet switched services. IR.32 defines test for CAMEL interworking, the basis for international roaming with prepaid cards. The successful execution of these test suites is a prerequisite for an international roaming agreement between mobile network operators.

The precondition of all IREG tests is that a mobile subscriber registers in a visited network (VPLMN). To execute these tests, the test probe containing the mobile phone hardware can be shipped into the VPLMN of the roaming partner, while the tests are executed from a central location. LTS maps a SIM card from the SIM card array to the remote test mobile, executes all specified steps of the IREG test case and delivers a verdict, whether or not the required test result from the IREG test specification has been achieved.