Dealing with data rates from UMTS to LTE

While automatic network testing today is focused on LTE, ten years ago Qosmotec had to deal with the introduction of the UMTS networks in Europe. The newly founded company had just received the order to supply a test system for Europe’s first UMTS network and had to integrate a new technology into its test systems, which was nowhere available in the field. One of the main challenges at this time was a very simple, but severe problem: “There were no UMTS phones available in Germany in 2004. Luckily, Aachen is just on the border to Belgium, where we got hold of a Nokia 6650, one of the first available UMTS mobiles, to develop our first UMTS test system with”, says Mark Hakim. 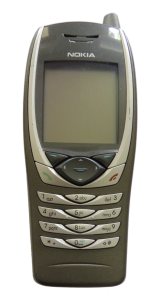 Working with handsets and mobile phones

Integrating new technologies into its test system is an issue Qosmotec has come to deal with almost on a daily basis. “Network operators use our test systems to run laboratory tests with bleeding edge technologies that have yet to be rolled out. We have to see, how we get access to the latest phone models – sometimes even in pre-commerical state – or to industrial modems with latest chipset to integrate them in our test system,” explains Mark Hakim. When Qosmotec supplied H3G with a test system to prepare the roll out of Europe’s first UMTS network in Italy, they were asked to test video calls. “That was the feature which was used to advertise 3G technology at the time. We solved this by using a Motorola A835 phone – a mobile with a really large display and an even bigger body. We integrated 16 of these phones in a rack and used them for integrated testing,” remembers Mark Hakim. 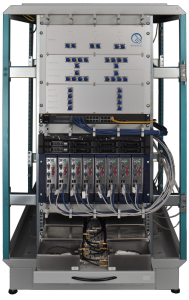 Even though videos calls have yet to make their breakthrough, data rates became a huge challenge for Qosmotec, when High Speed Packet Access (HSPA) or 3.5G succeeded UMTS. It was the time, when data rates really mattered for the first time. HSPA provided higher data rates up to 21Mbit/s on the downlink, which brought laptop users into play: “The idea was to make laptop users more mobile, allowing them mobile access to the internet. The higher data rates were realized with data cards,” says Hakim. While a laptop used only one of these cards, Qosmotec had to find a solution to test with several of these cards simultaneously. “We developed a data card control server with 16 PCMCIA slots, so we could control 16 data cards at the same time to emulate laptop users within the network.”

Dealing with smartphones and LTE

Another important aspect of HSPA was quality of service. Network operators had started to promise certain data rates to their subscribers, meaning they had to ensure that these rates were constantly available. “We tackled this issue by developing a feature that made it possible to request a certain data rate from the network and the test system could verify whether this specific data rate was actually provided to a specific subscriber,” says Hakim. Since then, the issue of constantly available data rates has been intensified by LTE and LTE Advanced. The latter being promoted with 150 Mbit/s, and specified with a peak rate of 3 Gbit/s.

“First of all, a test system has to verify that the promised data rates can be constantly provided by the network. Therefore, a test system for these technologies has to measure how often this peak is actually achieved and for what time slot it is kept. This is what we are working on, analysis methods that show the use of the data rate,” explains Hakim, before he draws attention to  another topic: The changes in subscriber behaviour, caused by the introduction of smartphones. “The introduction of smartphones and the apps running on smartphones had massive impact on subscriber behaviour. Therefore, it became import to test the various protocols that are used by apps as well.” However, this challenge offered Qosmotec an opportunity to gain independence from the availability of mobile phones: “We addressed this by developing our own app, Qosdroid, that runs on the smartphone itself. This allows us to use smartphones to test networks. The app can be installed on any kind of Android phone. This means we no longer have to chase the latest available phones, as we can now use any phone running an Android OS.”

Looking ahead, Hakim believes the next challenge will be the combination of data rates with voice testing: “Voice testing is coming back. Not as we have known it in the past, which was relevant for GSM testing, but testing various facilities of voice, for example, high definition voice or voice over LTE, which is going to come soon. Our task is to provide easy and effective mechanisms to test these technologies. Regarding voice quality testing, we have to work with other mechanisms, like POLQA which is more suitable for VoIP transmissions than the PESQ standard. This is what we are working on at the moment.”